Skip to content
Mr. Larsen was born in Opelika, Alabama in 1959 and moved to Chesapeake, Virginia in 1966. A lifelong Chesapeake resident having matriculated through the Chesapeake Public School system, Mr. Larsen was a graduate of Indian River High School. Attending the college of University of Virginia, he graduated “With Distinction” in 1981. While pursuing his law degree at the Marshall-Wythe School of Law at the college of William & Mary, Mr. Larsen was a member of the law school’s Moot Court Trial Team which reached the nationals during which he received the Outstanding Speaker Award.
Mr. Larsen joined the Virginia State Bar in 1984 and has practiced Law with the firm Roy, Larsen Carnes & Romm, PC ever since.

His entire practice has been devoted to civil litigation, concentrating in the areas of personal injury (including medical malpractice), wrongful death, construction and contract litigation and family law. He resides in Virginia Beach with his wife and four children. 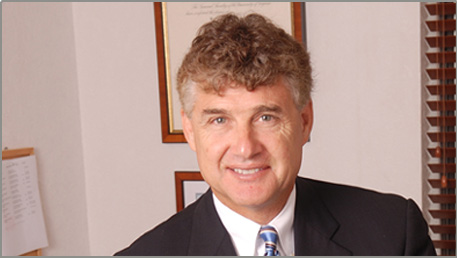 EDUCATION
Graduate of University of Virginia (With Distinction) in 1981
College of William & Mary – Marshall-Wythe School of Law (1984) Member of W & M Trial Advocacy Team and was awarded outstanding speaker award.

PROFESSIONAL EXPERIENCE
24 years of civil trial work in all local, state and federal courts as well as arguing several cases before the Virginia Supreme Court.

Named by Virginia Business Magazine as one of the “Legal Elite” and one of the best attorneys in the area of civil litigation in Virginia.

Several of Mr. Larsen’s cases have been featured in the Virginia Lawyers Weekly, The Shopper and one in particular was published in the National US Lawyers Edition.