Type of case: Breach of contract/Conversion

Two business owners had purchased life insurance through their corporation to provide funds for stock redemption in the event of death of a partner, as well as life insurance for estate. Originally, each partner was the owner and beneficiary of the policy insuring the life of the other partner.

Shortly after policies were acquired, the shareholder agreement called for the corporation to serve as owner and beneficiary of both policies. Partners executed the appropriate change of ownership and change of beneficiary forms but local agent failed to transmit forms to the insuring company.

One shareholder died and the other (Bartee) received the proceeds and promptly attempted to conceal the fact of the policy from the widow; he then spent $800K within a few months of receiving the funds. It took several years to get to trial as defendant sought bankruptcy the night before his deposition.

The jury was out for more than two hours but returned a verdict in the amount requested plus punitive damages of $450K. In post-trial motions the court granted remitter to conform the punitive damage award to the statutory cap and imposed a constructive trust. 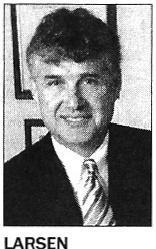