Skip to content
Patients need protection from an epidemic of medical errors and unsafe practices in medicine. According to the Institute of Medicine, between 44,000 and 98,000 Americans die in hospitals each year due to preventable medical errors. By comparison the annual death toll from automobile accidents is 43,000, 42,000 die from breast cancer and 15,000 die from AIDS.

Research has determined that approximately one in six medical errors is reported. A landmark Harvard Medical Practice Study found that only a small percentage of medical errors result in law suits. Twelve years ago, Harvard researchers using a sample of hospitalizations in New York State compared medical to claims files. They found that only one 7.6 instances of medical negligence committed in hospitals results in a malpractice claim. Researchers replicating this study made similar findings in Colorado and Utah. From 1996 through 1999, Florida hospitals reported 19,885 incidents but only 3,177 medical malpractice claims. In other words, for every 6 medical errors, only 1 claim is filed. 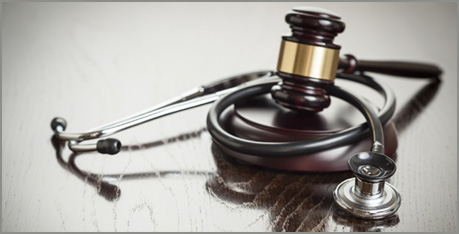 Most victims of medical malpractice want the same thing- and it isn’t money. Patients and families with medical concerns usually want a combination of three things: an acknowledgment of their suffering with an apology if appropriate, a straightforward explanation of what happened, and assurances that the incident will not be repeated.

Most people understand that not all unfortunate results of medical procedures constitute medical malpractice. In order to make a claim for medical malpractice it is necessary to prove that the healthcare provider deviated from the appropriate standard of care, in other words he operated in a manner inconsistent with the practice of any other reasonably prudent physician. In addition, the deviation of the standard of care must have led directly to the damage and injury that would not have otherwise resulted.

We feel strongly in ensuring that our clients’ rights have not been violated and they have not been injured due to preventable medical errors. At the same time we have an obligation to ensure that we do not target a physician who has not operated outside the standard of care. Over the past twenty years we have developed very good relationships with competent and impeccably credentialed physicians who are willing to confront the issue of medical malpractice.

We are proud of the fact that we have assisted deserving, injured fellow citizens recover compensation for their injuries, their pain and suffering, and their loss of income due to medical errors.